We have since received a lot of positive feedback from visitors and exhibitors about our student helpers, our food and hospitality, the programme and the guest speakers. 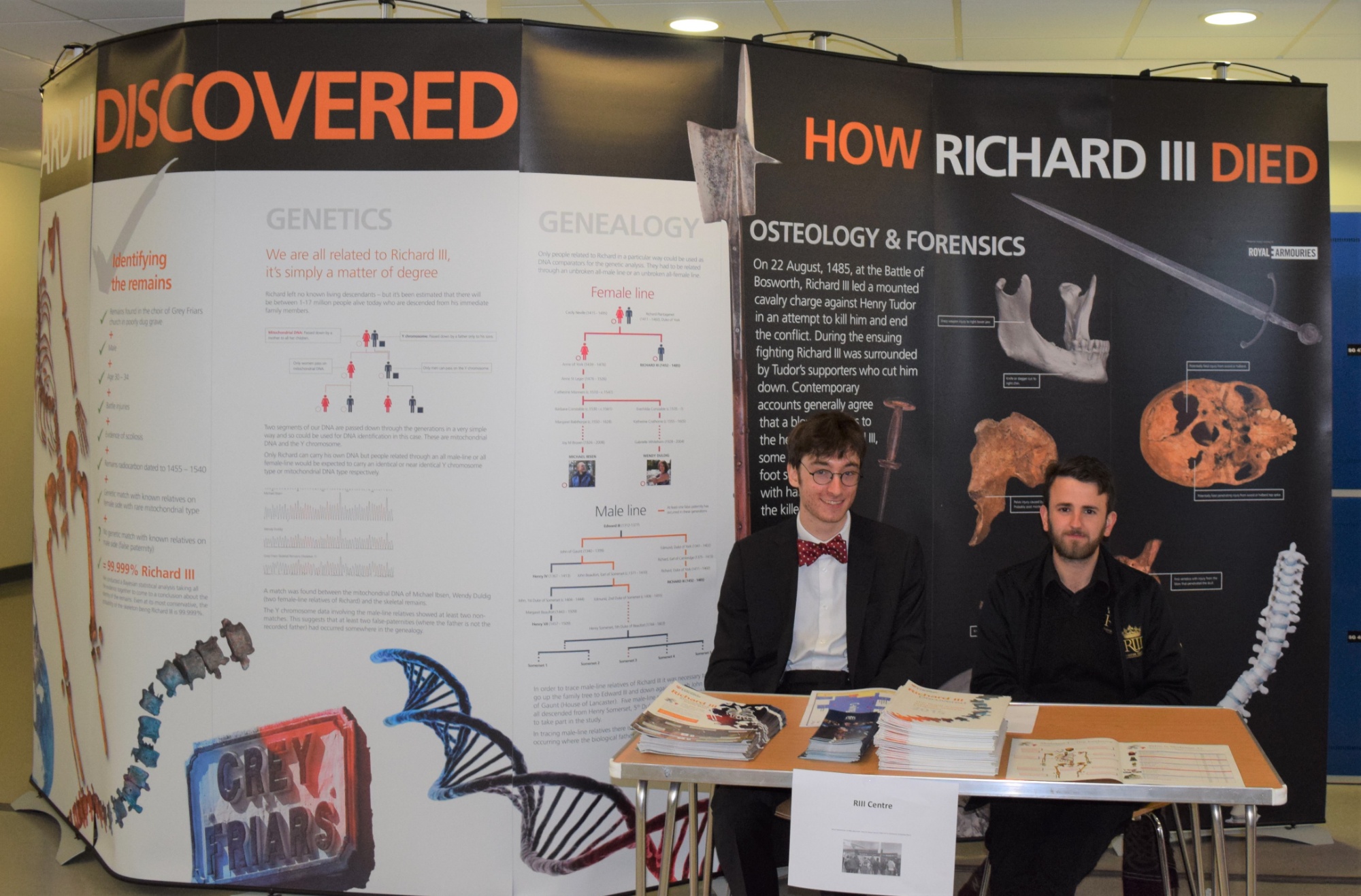 The programme included talks from leading academics from the University of Leicester, University of Kent, London School of Economics, University of Loughborough and Manchester Metropolitan University. Other speakers included our very own pupil Urjaa Chudasama who spoke of her family's flight from Idi Amin's Uganda to Leicester and our very own Dr Julian Griffin delivered a lecture on Children's Literature of WW1. We were also pleased to welcome Guy de Beaujeau of Fluidity films who spoke of his work co-producing the acclaimed 2018 film, ‘Journeys End’, a film often used as part of the curriculum when teaching GCSE History and English. 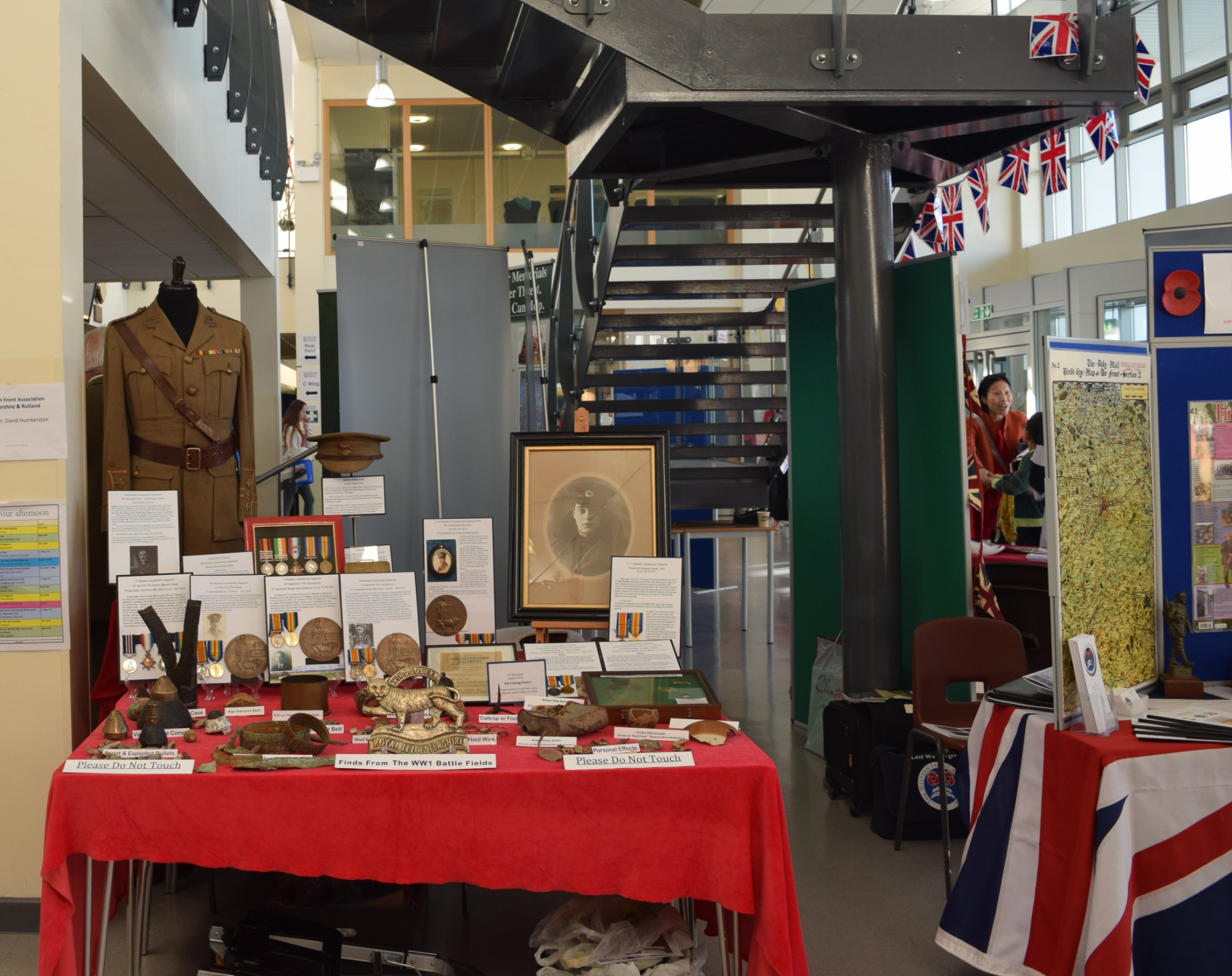 Exhibitors included RIII Centre, University of Leicestershire, RAF Museum Cosford, Bosworth Battlefield Heritage Centre, Reach the Core and The Sealed Knot Regiment. Also in attendance were many local history associations and museums.  All felt the school had done an incredible job in organising the event, so much so they would all like to come back and do it again in the future!

Over 40 of our pupils volunteered as Event Coordinators on the day and their roles involved supporting the exhibitors and staff whilst also raising money for Combat Stress.  They raised an amazing £350.74p for Combat Stress as a result of their bucket fundraising efforts, a great achievement for a great cause. Feedback from the exhibitors regarding the pupils’ support was phenomenal and the exhibitors commented that “they had been looked after very well indeed.” 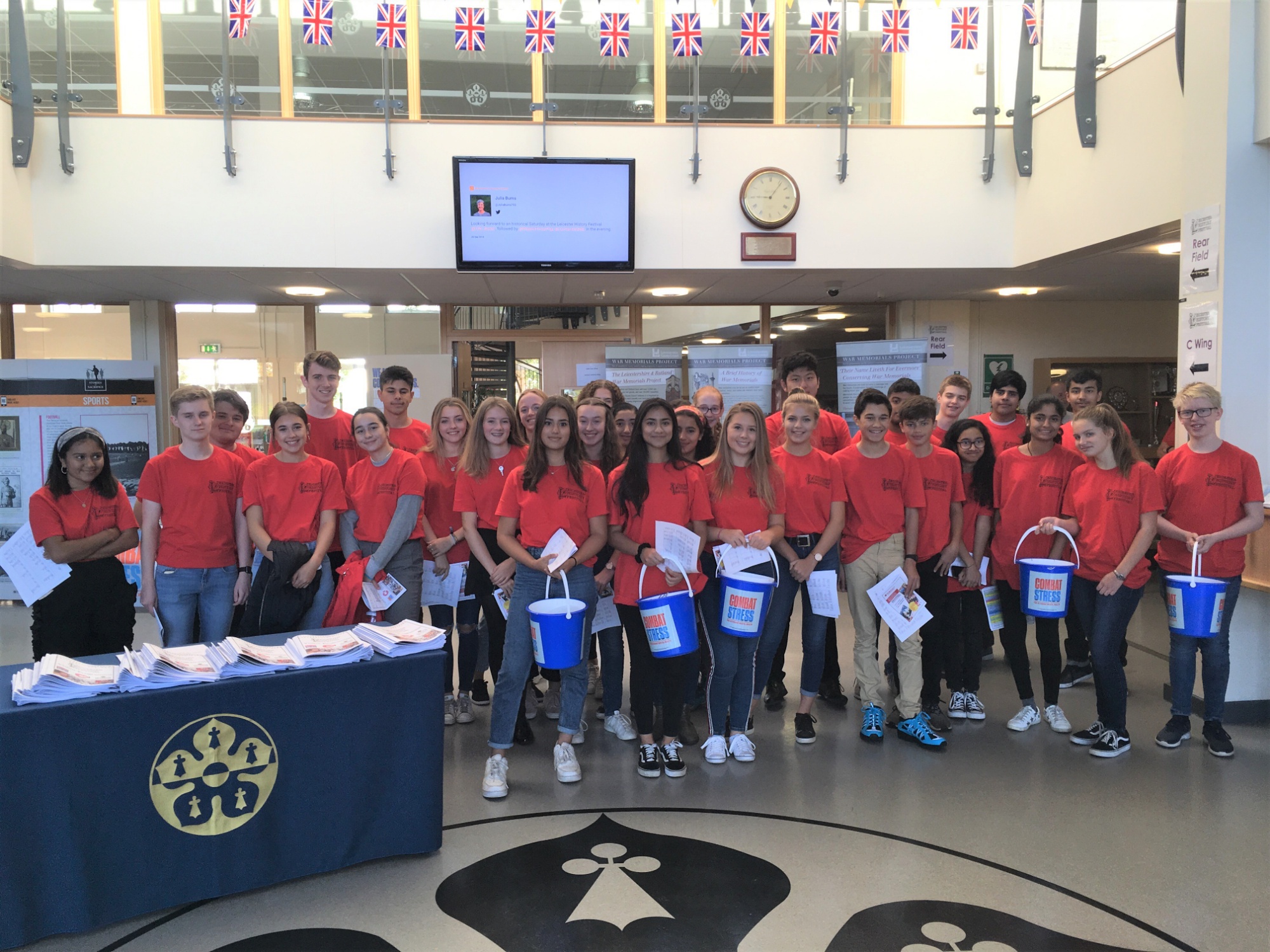 It was particularly satisfying but also very humbling to see so many members of the School, past and present, here on Saturday enjoying themselves as well as visitors from the immediate locality and some from as far away as Cambridge!

We would like to say a huge thank you to all of the exhibitors and academic speakers that agreed to showcase their knowledge and artefacts; we could not have held the event without them.  Also, we would like to express our gratitude to the LGS staff and pupils who ensured the event ran smoothly and add particular thanks to our parent group, LGS Friends, who sponsored the red Event Coordinator T-shirts.