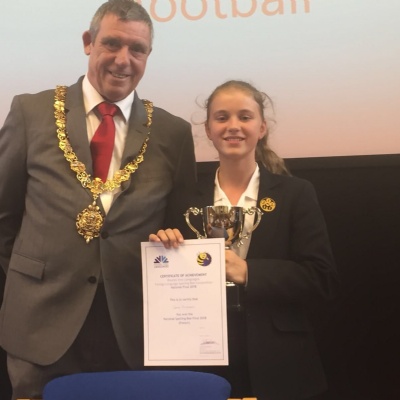 Congratulations to Grace (Year 7) & Milly (Year 8) on their recent success the University of Cambridge in the final of the National French Spelling Bee competition; Grace won the competition in her age group & Milly was runner up in hers!

Along with a number of prizes Grace won a free subscription for the School of Vocab Express for the year.   The girls' awards were presented by the Mayor of Cambridge and the MP for Cambridge among others.