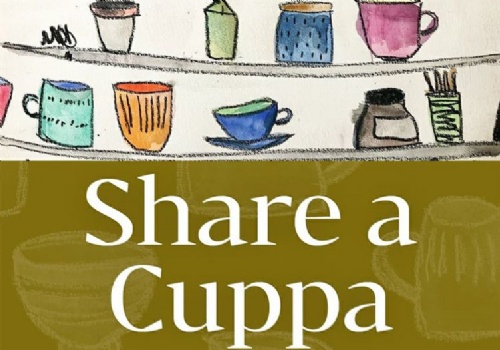 “I feel I have done nothing, when I am doing everything.” So said a nurse earlier this week as she expressed her guilt over her inability to save lives, despite giving all in her power to do so.

It is now almost a year since we grew concerned over the return of skiers from half-term breaks in Northern Italy. And, for most of us, it has been a battle ever since – one which, from one day to the next, we have alternately been winning or losing. At the best of times, most of us are not completely immune to self-doubt or imposter syndrome, especially when we stop to think about the role entrusted to us, either in our work or simply as a responsible parent. Over the past year, however, many of us will have summoned all our hidden reserves of resilience and energy, and we may still have ended up with a feeling of inadequacy, when faced with the enormity of the challenges before us.

Whatever we feel, every effort we make in this marathon does of course make a difference, both for ourselves and for those around us. I said to staff at the beginning of term that this pandemic would clearly have a lasting impact, but that so too would all their efforts on behalf of their pupils. I have been humbled by their dedication as a team, and by their determination to give of their best – and we have all been proud of the ways in which our pupils have responded.

I received some lovely feedback from a parent earlier this week:

“Whilst there hasn’t been much to look forward to during these unpredictable times, we just wanted to share some positive feedback at how well Leicester Grammar School have navigated through it all. When restrictions are eventually lifted, hopefully we can all enjoy happier times being less socially distant, with a good cuppa!”

It was the last bit I particularly appreciated, as I am sure we all long for the day when we can again savour the simple pleasure of sharing a cup of tea with a friend.

In the meantime, I know our pupils are ready for a break.  As a family, you are unlikely to have many plans, but I hope that means you can take at least some time out simply to relax with one another: “The time to relax is when you don’t have time for it.” (Sydney J Harris)

As the snow melts and the snowdrops bloom, let’s all look forward to the return of spring and an ever-improving, sunnier outlook.